So you probably know that the United States of America is made up of 50 states, and you probably know that George Washington was the first President, but we have put together some historical facts you most likely don’t know about the U.S.A…
1. The first couple of drafts of the Declaration of Independence written by the Founding Fathers in 1776 were written on paper made from cannabis hemp fiber. This isn’t too surprising given that at the time at least 75% of all paper in the world was hemp paper. The final document was printed on parchment giving it more official status.
2. Both the Republican and the Democrat Party symbols, an elephant and a donkey respectively, were actually adopted more in jest and retribution than as a political statement! In 1828, Andrew Jackson’s opponents called the Democrat candidate a jackass, in response they made the donkey their official symbol, and in 1874 satirical cartoonist Thomas Nast drew an elephant and labelled it “the Republican vote”, leading the Republicans to adopt the elephant as their official emblem. Talk about turning a mockery into a victory!
3. President George Washington wasn’t a fan of physical contact, favoring the custom of bowing when meeting people, while President Jefferson is actually the one responsible for initiating the custom of shaking hands when meeting people.
4. The first U.S. President, George Washington, loved a drink and would definitely not have been a fan of the prohibition that came into effect in 1920. The savvy businessman owned one of the largest distilleries in 18th century America, producing 11,000 gallons of whiskey by 1799. This was following advice from his farm manager, James Anderson, who convinced him that producing whiskey made from rye and corn grown on the plantation would naturally compliment his milling business. 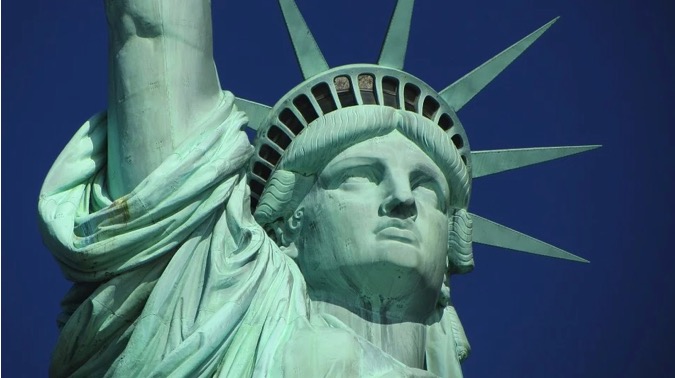 10 Historical Facts About The USA

5. The current flag of the United States was actually designed by a 17-year old schoolboy, Robert G. Heft, for a school project. He received a B- for his work, but his teacher said he would reconsider the grade should Congress accept his ‘mediocre’ design.
6. The largest state in the US by land area, Alaska, was purchased from Russia in 1867 for what amounts to roughly 2 cents per acre. Talk about a bargain!
7. Teddy Roosevelt is one of the most well-known and loved presidents of America, but not that many know that he was also an early conservationist. In some of his writings it says that he was worried about the rapid deterioration of the wildlife. The president protected just under 230,000,000 acres of public land, setting aside 150 National Forests, 51 Federal Bird Reservations, 5 National Parks, 4 National Game Preserves, and 18 National Monuments.
8. Although the construction of the White House began during George Washington’s lifetime, and he oversaw it, he was not actually the first president to live in it. Construction started in 1792, but it was only inhabited in 1800 by John Adams’ and his wife Abigail.
9. You might know that California’s state animal is the grizzly bear, but you might not know that there are actually zero grizzlies to be found in the state. Before the middle of the 1800s there were thousands of bears to be found across California, leading it to become the official animal of the state. But (no) thanks to the gold rush in the state from then until 1922 every living grizzly in California was either captured or killed.
10. The 2nd, 3rd, and 5th presidents of the US, Thomas Jefferson, John Adams, and James Monroe, all died on the Fourth of July. Eerie!