The Inca first emerged during the 12th century AD in the Andes region, slowly building a huge kingdom thanks to the military strength of their emperors. At its peak Tawantinsuyu, the Inca state, spanned the distance of today’s northern Ecuador all the way to central Chile, with a population made up of over 100 different ethnic groups of about 12 million inhabitants combined. They had well-developed agriculture and roadway systems, and even a centralized religion and language, which helped maintain an organized and unified state.
First appearing in today’s southeastern Peru during the 12th century AD, they began expanding their land holdings under the fourth emperor, Mayta Capac, but only really became the expansive power they did when the eighth emperor, Viracocha Inca, took control in the early 1400s. He had the military support of two uncles who were very good at their jobs, helping them defeat the Ayarmaca Kingdom in the south and take over the Urubamba Valley. Viracocha Inca also established the Inca practice of leaving military garrisons in conquered lands as a way of maintaining peace. 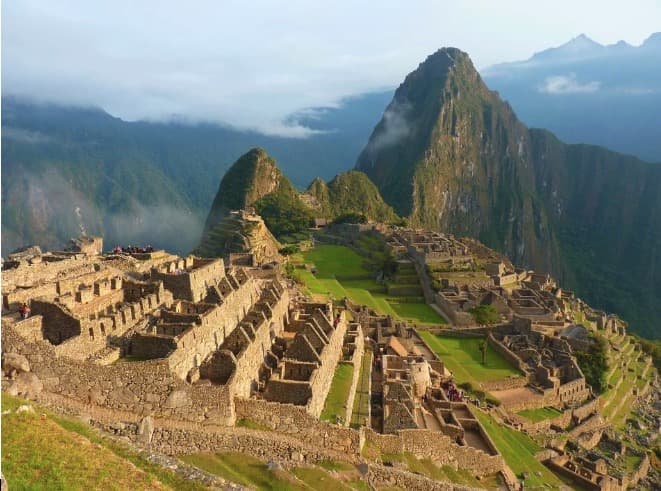 His son, known as Inca Yupanqui, also became known as one of the Inca’s most influential rulers, extending the kingdom even further. The geographical growth of Tawantinsuyu, the Inca State, meant there needed to be more strategic logistical considerations, and Yupanqui is accredited with being the first Inca emperor to order forced resettlement to make sure there wouldn’t be any uprisings from one ethnic group, as well as rulers being prevented from inheriting their predecessors’ possessions as a way on ensuring new leaders would conquer more lands and accumulate new wealth. Pachacuti Inca Yupanqui also focused on bolstering Cusco as the center of the empire, expanding the fortress that guarded the city and beginning an expansive irrigation project that channeled rivers and creating sophisticated agricultural terraces.
Trained storytellers passed the mythology and culture through successive generations, and the only written accounts of the Inca were composed by outsiders. The Inca religion focused on a number of gods, with impressive shines built around the kingdom, including a massive Sun Temple in Cusco measuring a circumference of more than 1,200 feet. Powerful priests were the ones to go to in order to diagnose illnesses, and even solve crime and predict the outcomes of warfare.
By the late 15th century, the arrival of Spanish explorers were already triggering the collapse of the Inca state, when they brought with them alien diseases such as smallpox, wiping out a large part of the population, and around 1525 the then emperor Huayna Capac and his chosen successor were killed. This sparked a civil war between those battling for power. The Spanish had heard about the wealth of the Incas and eventually overpowered them with their superior weaponry, and in late 1533 easily conquered Cusco. Machu Picchu, discovered in 1911, by archaeologist Hiram Bingham, reflected the power and capabilities of the Inca State.