NYC, the Big Apple, the city that never sleeps, whatever name we give it, New York City never fails to amaze. But did you know that the written history of the city goes back all the way back to 1542? Or that the first European settlement there began with the Dutch in 1609? Or did you know that people had been living in the area, eventually called NYC, long before that?
By the time Europeans settled in the region, there were about 5,000 Lenape people living there already, in 80 settlements scattered around the region. They used the many waterways the region offered for food sources such as fishing, for hunting, trade, and occasionally, for war too. In fact, many paths created by those indigenous peoples are now central thoroughfares, like Broadway in Manhattan, for example, the Bronx, and Westchester. The Lenape had developed sophisticated hunting techniques, with clever and resourceful ways of managing their assets and reserves. By the time Europeans arrived, they were already cultivating fields of vegetation with the slash and burn technique, increasing the productive life of planted fields. They also knew how to harvest fish and shellfish in large quantities from the bay, giving them a major source of food and nutrition. By 1700, the Lenape population numbered only 200. 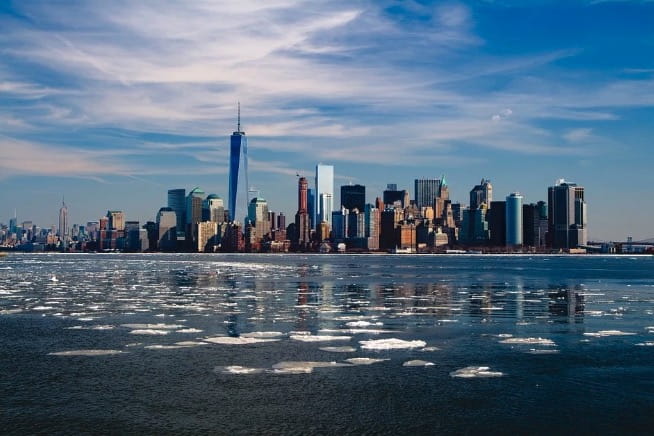 The History Of New York City

In 1524, Giovanna de Verrazzano, the Italian commander of a French ship, sailed into Upper New York Bay. Over the next century, there were occasional visits to the area by explorers and fur traders. In 1609, Englishman Henry Hudson (Hudson River anyone? Yep, it is named after Henry!) arrived at the same Bay with the Dutch East India Company, while looking for a westerly passage into Asia. He didn’t find one, but he did make note of the large beaver population. Random, you may think, but beaver pelts were extremely fashionable at the time in Europe, and Hudson’s report on the regional beaver population became an incentive for the Dutch founding trading colonies in that area of the world. In fact, to this day, New York City uses the beaver on its official seal, reflecting the importance of it in the city’s history.
In 1614 the first Dutch fur trading posts and settlements were established near present-day Albany, New York, also the same year that New Netherland first appeared on a map. In 1624 several Dutch families were brought over to settle in modern-day Governors Island. In 1643, the Dutch settlers massacred 80 Native Americans in present-day Jersey City, which led to various tribes joining forces and nearly defeating the Dutch, until Holland sent more forces overwhelmingly defeating the Native Americans. By the early 1660s there were roughly 1,500 Europeans (about half Dutch), and 375 Africans (300 of whom were slaves), as well as the Native American population, living in what we now call New York City. To this day several places have kept their Dutch names like Brooklyn (Breukelen) and Harlem (Haarlem). In August 1664, the English sailed into New Amsterdam’s harbor demanding Dutch surrender led by James Duke of York (King Charles’ brother) in an attempt to provoke the Second Anglo-Dutch War. In June 1665 the town was integrated into English law and renamed “New York” after the Duke.
Fast-forwarding to the American Revolution and the success of the Confederation, New York City became the first national capital of the United States in 1789 (just for a year it turns out) under the new Constitution. Over the next century, the city would be transformed by immigration and by 1835 NYC would become the largest city in the U.S., growing into an economic center and over the coming years would dominate the nation in terms of communications, trade, finance, popular culture, and high culture. In 1898, the modern City of New York was formed with the consolidation of Brooklyn (until then an independent city), Manhattan, and other surrounding areas. In 1853, Mark Twain first visited NYC. The 17-year-old wrote home “I have taken a liking to the abominable place, and every time I get ready to leave I put it off a day or so for some unaccountable cause”. To this day, NYC does the same for many.