Ancient Egyptian symbols were used to represent various concepts and ideas in their myths during different Egyptian civilization periods. Many of these symbols are associated with some of the Egyptian gods. The Egyptians used these symbols to decorate their temples, represented their gods in their inscriptions, and made amulets cope with adversity. In many cases, the symbolism of specific images in their context allows us to understand them in greater depth. Especially in Egypt, magic is intertwined with people, often imitating the external shape of a specific object and associating it with gods with specific characteristics. We know that the Egyptians do not seek to recreate reality but to give existence and form to those realities that appear under various masks, and these realities in themselves have a natural essence. Some of these symbols came from previous civilizations, while others were spread out during different Egyptian civilization periods. In some cases, the following characters also have corresponding characters in the Egyptian hieroglyphic-based writing system.

The Eye of Horus is associated with health and protection. The symbol comes from the god Horus, the god of the sky represented in the form of an eagle or an eagle’s head.

The scarab is a symbol of ancient Egypt and is associated with the god Jepree, who is the sun god and is considered one of the possible forms of the sun god Ra. The Egyptians made various amulets in the form of scarabs called scarabs, which symbolized the sun, resurrection, and protection against life and death.

The jade column is one of the ancient symbols of Egyptian mythology. It symbolizes strength and stability and is associated with the god of creation Puta, and the god of death, Osiris. Due to its connection to the god Osiris, this symbol is also known as the base of Osiris.

The knot of Isis, associated with the goddess Isis, is a symbol of unknown origin but bears some geometric resemblance to the ankh symbol. Also, its meaning is similar to that of Ankh because Tuyet is believed to symbolize life and well-being.

In Egyptian mythology, Maat is an abstract concept associated with justice and truth. This concept is often expressed as a goddess, daughter of Ra. One of the attributes of this goddess is that she has an ostrich feather on her head, called Matt’s feather.

This ancient Egyptian symbol was used to represent stars in Egyptian art. The Egyptians know the stars and constellations well. It is often used as decoration for the interior of temples and tombs. 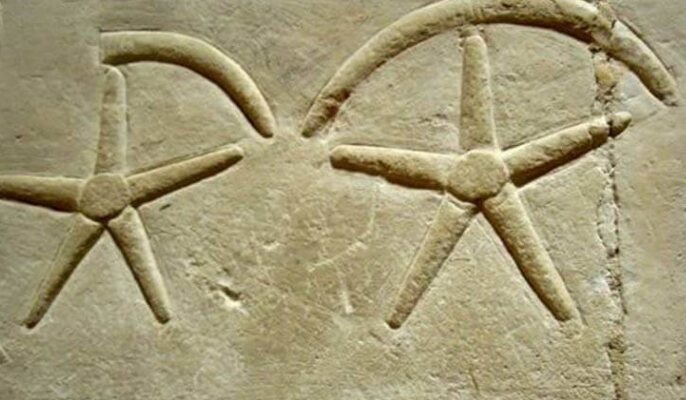 The Shen ring symbolizes a circle, and the tangent line is a knotted rope, symbolizing eternity and protection. The word for this symbol, Shen, in Egyptian means environment. In some cases, the sign took on a more subtle form and became a cartouche with the name of a pharaoh written on it. This symbolizes that the Shen ring always protects the pharaoh.