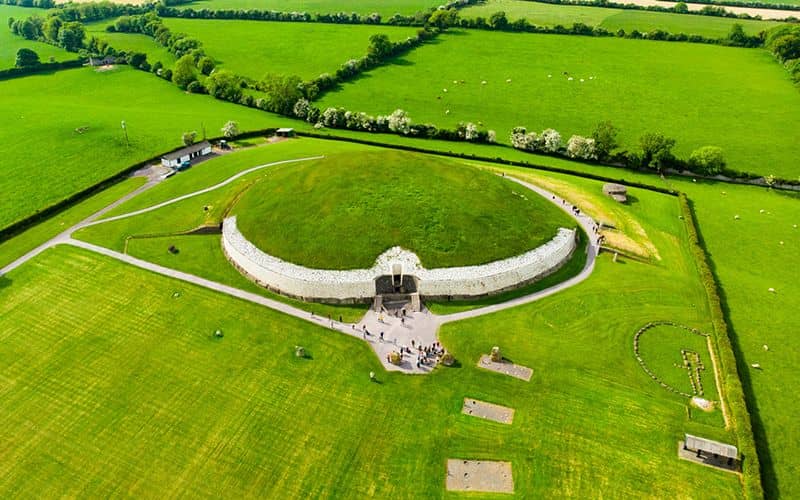 The archaeologist Colin Renfrew said: “unhesitatingly regarded by the prehistorian as the great national monument of Ireland.” The magnificent structure he was referring to is in Ireland on the north side of the River Boyne just five miles west of Drogheda, County Meath. This grand passage tomb was built during the Neolithic period, circa 3200 BCE, which means it is older than the pyramids of Egypt. Consisting of a staggering 200,000 tonnes of rock and soil with long passages throughout, with a retaining wall made of white marble cobblestones holding it all together, it is a testament to the ancient builders and their skill.

Another UNESCO World Heritage site is the magnificent palace and fortress complex of Alhambra, literal translation “The Red One”, which was described by Moorish poets as “a pearl set among emeralds.” A very accurate allusion to the color of the complex in contrast to the surrounding woods. Rich with the spirit of history that dates back to the year 889 ADE, a superb display of architecture fills the eye at every turn through the vast quadrangle designed buildings, exhibiting Spain’s most significant Islamic architecture from as far back as the 13th century alongside the 16th century Mannerist and other styles added throughout the centuries.

The historical capital of the Dodecanese islands is the famous city of Rhodes, situated southeast of Athens and northeast of Crete. The city, in modern times, provides a rich cultural heritage and wonderful tourist destinations. However, the ancient city was known for its 108 foot (33m) tall statue of the Greek god Helios standing over the harbor entrance. It, unfortunately, collapsed during an earthquake in 226 BCE. Though the remaining parts were preserved, the actual location of the original statue remains a mystery. 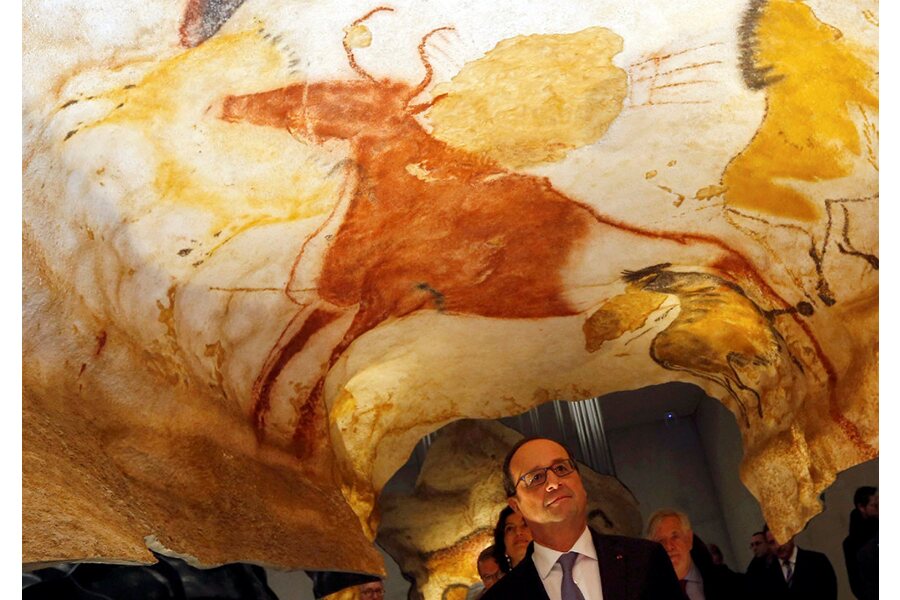 A complex maze of caves set in the Vézère Valley, near the village of Montignac, Dordogne in southwestern France, is home to some of the best-preserved Paleolithic era cave paintings. With over 600 parietal wall paintings spread throughout the Lascaux Caves, mainly depicting fauna and flora typical of the time and place. These paintings are the collaborated work of many generations and, although debated, they are estimated to be around 17,000 years old.

The Wieliczka Salt Mine – Wieliczka, Poland

An ancient salt mine is probably the last place you would think to find four chapels. In the town of Wieliczka in southern Poland, you will find the famous Wieliczka Salt Mine. Since Neolithic times the brine pools welling up from the earth were collected and used. By the 13th century, excavations began and continuous amounts of table salt flowed from the caves until 2007, meaning this is the oldest salt mine in known history. Now an official Polish historic monument, it is a grand exploration of historic salt-mining technologies, a vast labyrinth of passages and shafts, an underground lake and of course, the four chapels and numerous sculptures carved by miners and, more recently, by some contemporary artists.