The story of the luxury British steamship that sank in the early morning on the 15th of April, 1912, has inspired countless books, films, and TV shows. The tragedy of the Titanic has become well-known to the general public, and practically immortalized, thanks to the 1958 film A Night to Remember, and even more so in James Cameron’s 1997 Hollywood film starring Leonardo DiCaprio and Kate Winslet. But what is the real story behind the deaths of more than 1,500 passengers and crew who were aboard that fateful ship in the middle of the sea that cold morning in April?
It was the luxury steamboat’s maiden voyage, where it was to sail from Southampton, England on the 10th of April 1912, with stops in Cherbourg, France and Queenstown/Cobh, Ireland, and planned to arrive in New York seven days later. The steamboat was deemed ‘practically unsinkable’ as its design was lauded by many as state-of-the-art, creating much hype around the luxury cruise ship. Cruise tickets ranged massively in price, depending on what class ticket one bought. Onboard there were approximately 2,240 passengers and 900 crew members at the time of the sinking of the ship. 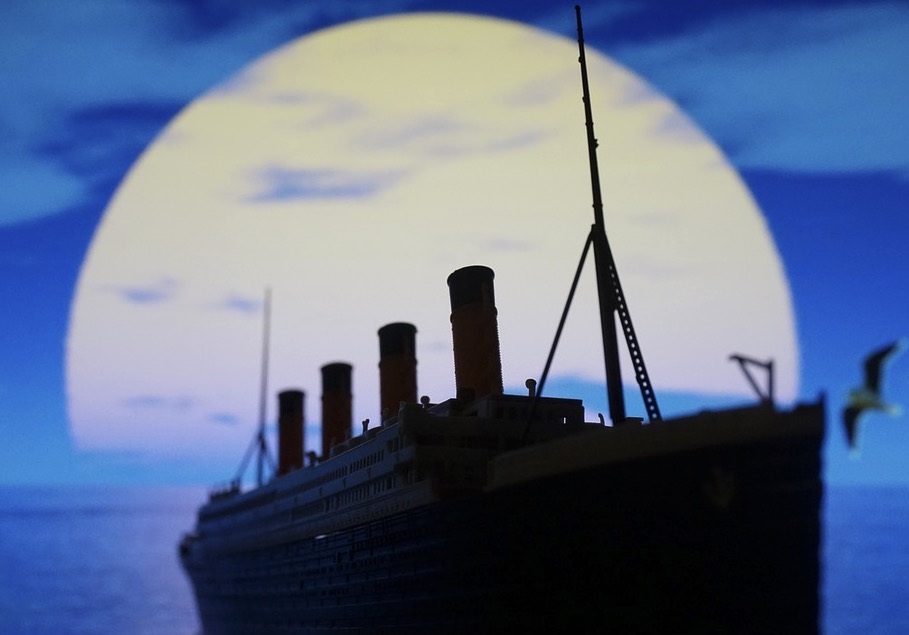 The Story Of Titanic

Four days after mostly uneventful sailing, the Titanic received the occasional report of ice from other ships, but they didn’t think there was any reason to be concerned. At around 11:30 pm that night, Frederick Fleet, a 25-year old lookout, and his watch partner, Reginald Lee, saw an iceberg ahead, rang the warning bell, and telephoned the bridge.
The captain quickly reversed the engines, turning the ship sharply. Sensing no collision, the crew were relieved, but little did they know that the iceberg had slashed a 300-foot gash in the hull beneath the ship’s waterline with a jagged underwater spur. Soon, underwater compartments were filling with water, pouring from one compartment into another with the bow of the ship pitched downward. Frederick Fleet, the lookout, survived as he was instructed to row a lifeboat to safety, and later said that the crew had requested binoculars but had been denied, and had he had a pair, they may have spotted the iceberg sooner, avoiding the tragedy.
An hour or so after the crash with the iceberg, the crew began helping passenger board lifeboats. Sadly, however, due to the chaos and confusion, nearly every lifeboat that was lowered to sea would be woefully underfilled. The law of the sea states that women and children should be moved to safety first, with men permitted to board only when none were around. People were also evacuated first according to the class they were traveling in. There are countless stories of outstanding humanity and heroism from that night, just as there is the opposite. I mean, can you even imagine how you would act in such a situation?
Fourteen years before the Titanic sank, American writer Morgan Robertson wrote a short novel called Futility, or the wreck of the Titan, about an enormous British passenger liner called the SS Titan that was deemed to be unsinkable. Yet, on an April voyage the Titan, also with an insufficient number of lifeboats, collides with an iceberg and sinks. Weird, or what!?