Not many inventions have had just as much effect on society as television. Before 1947 there were only a sprinkling of American households with a television set, but by the late 1990s, about 98% of U.S. homes has at least one in their home. Today television is a major feature in most people’s day-to-day lives, and it is basically impossible for us to imagine life without television! When we go and buy a new television today, we look for large, flat screen TVs, and not a small black box, with a grainy picture in black and white. In fact, a large proportion of us just opt for the easier option of buying a TV on amazon or eBay, without even leaving our houses we have endless amounts of shows and films available to us at the click of a button on Netflix. 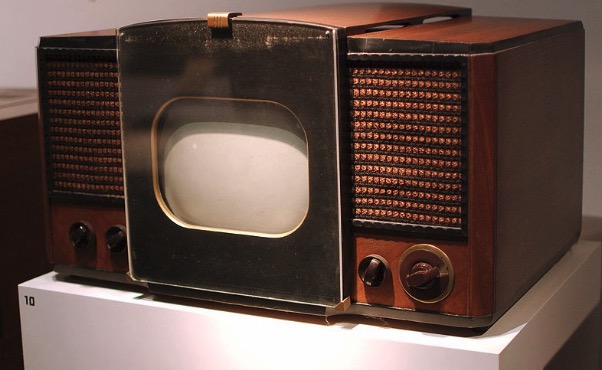 It is difficult to say what the exact first television was and who invented it, as it was the evolvement of ideas of many different inventors and scientists. The first mechanical television was developed by a Scottish inventor named John Logie Baird at the start of the 1920s, at the same time as American inventor Charles Francis Jenkins. They originally came in a huge cabinet and were very simple in comparison to the technology of today. That being said, the technology was very impressive for the time, but the video quality wasn’t, with facial features not being recognizable unless makeup was worn very heavily and in a specific way. Another inventor, a German by the name of Paul Gottlieb Nipkow, had actually developed a mechanical television before that, a device that sent images through wires using a rotating metal disk, which he called an “electric telescope”.
While mechanical television inventors continued to tweak and test their creations between 1926 and 1931, they would soon be superseded by the invention of modern electrical televisions, so much so, that by 1934 all TVs had been converted into the electronic system. Today it is widely acknowledged that the first electronic television (which changed the game completely!) was created by a 21-year old American inventor named Philo Taylor Farnsworth, who gave its first successful demonstration on 7th September 1927 in San Francisco, with the transmittance of a simple line. The young inventor had actually lived in a home without electricity until he was 14, and even while he was in high school he had begun to think about developing a system that could capture moving images, transform them into code, and then moved those images along radio waves to different devices in different places. Just amazing really when you think about it, and how we reach for camera to make a video on our phones without a second thought!
Today if our remote control isn’t working, or if we need to reboot our cable box, we get frustrated, but just consider how incredible the invention of the first real wireless remote was when it was released by Zenith in 1955. Today we can stream whatever shows we like on Netflix or Amazon Prime, binge watch movie after movie of our choice, buy a television set (and be certain it comes with a remote control!) on eBay or Amazon at the click of a button, and we can be almost certain everything we watch will be in color, with no special makeup needed for the actors, nor intense lighting, and even watch in HD quality.