South America stands on the 4th position in the list of continents ranked based on the size on the world map. The landmass is quite huge and spread from the archipelago Tierra del Fuego, located in the south to the northwest, Gulf of Darien. The continent also boasts of several islands such as Easter Island, Galapagos Islands, Falkland Islands, and the Chile archipelagos Juan Fernández & Chiloé. This vast continent was named after a great Italian steersman Amerigo Vespucci. Also, he was the first person from Europe to discover that the American continents are separate and can’t be associated with the East Indies.

Moreover, the land Amerigo separated from the Indies, and the part located in the southern part of the Isthmus of Panama will be called South America. This continent has countries are Guyana, Brazil, Uruguay, Argentina, Venezuela, Colombia, Peru, Chile, Ecuador, Bolivia, etc. The population here is deeply connected to the environment, and one can easily witness the relationship through the festivities, religious beliefs, and the continent’s political scene. 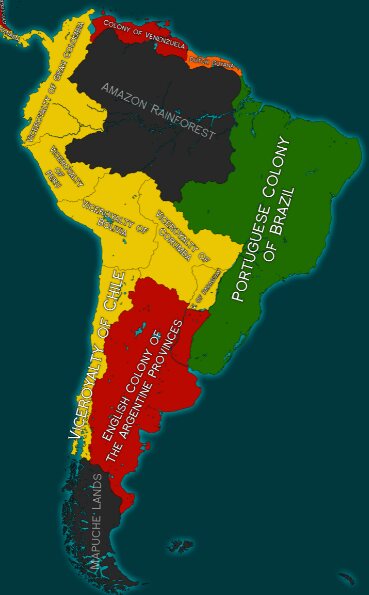 Area Of The Continent

South America is spread across a wide area of more than 17 lakhs sq. km. and is home to an approximate population of 42.25 crores (according to the 2016 census). The continent lies in the Western Hemisphere on the world map where on its northwest, Caribbean Sea hugs it, and on the north-east, south-east, and east side, the continent is bounded by the Atlantic Ocean. On the West, South America has the Pacific Ocean. The continent is merged into North America through the Isthmus of Panama, and it separates itself from Antarctica over the Drake Passage.

Among the various ethnicities, there are four that are in the majority.
1. Indians: This ethnic group has been the continent’s dweller here since the pre-Columbian era.
2. Spanish & Portuguese: In the 16th and 19th centuries, these ethnic groups entirely captivated the South American continent.
3. African: Africans were brought here as enslaved people through various atrocities and persecutions.
4. Immigrants: Under this group, various immigrants moved here post-independence from Germany, Europe, Lebanon, Japan, and South Asia.

Though various ethnic groups can be easily found in the continent, 9/10th of the population is Christian. Among them, a significant section is Roman Catholic. The official language is Spanish for almost the whole continent, with a few exceptions, such as English in Guyana, Portuguese in Brazil, Dutch in Suriname, and a few languages from India.

South America has many geographical landmarks, such as in the West, there are Andes Mountains, where you can easily witness many seismic activities. The continent will also boast the highest peak in Western Hemisphere, dubbed as Mount Aconcagua. It will be at the height of 6,959 meters. The continent also has the world’s largest drainage basin. Amazon River is the lowland sedimentary basin. In the eastern part of Argentina, the continent boasts of one of the most fertile soils that make it one of the best production lands in terms of agriculture. 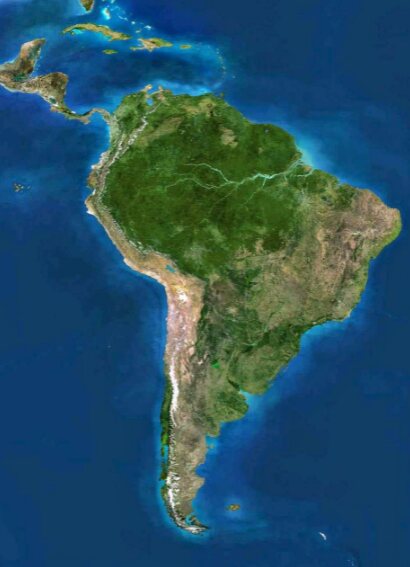