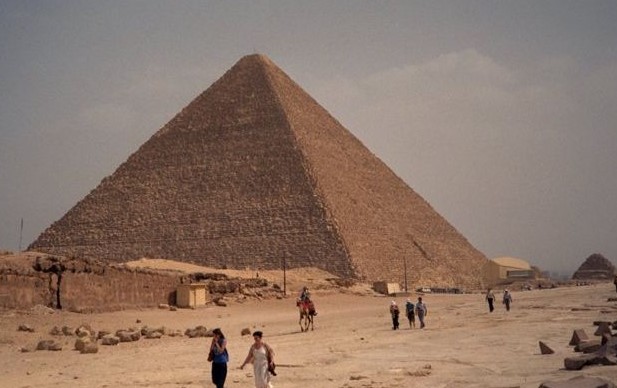 10 Of The Oldest Ancient Civilizations

Many of us tend to forget that in ancient times people had already spread to every corner of the world, and the written recordings we’ve been able to decipher essentially define the ancient world as the foundation for our current-day accepted social practices. The accepted timeline for the ancient world stretches from 3500BCE to 500ADE, before it is prehistoric and while archaeological evidence is plenty, the actual history is too uncertain for us to construct a decisive compilation.

The kingdom of Kush, known by the Greeks as Aithiopia, formed out of the much older Nubian empire after the collapse of the New Kingdom of Egypt. The legends of this ancient kingdom are so old they’ve crossed into the realms of myth. Records refer to Mentuhotep II campaigning against the Kush/Nubians in 2100BCE.

Philosophy, language and government are today based upon the fundamental precepts laid out by the ancient Greeks for the construction of a civilized society. Great thinkers such as Plutarch, Aristotle or Diogenes have all helped establish a set of concepts that we today draw heavily

A collection of cultures from this region, like the Mexica (Aztec), the Maya, Zapotec, and Teotihuacan all seem to have formed out of the Olmec. The oldest Olmec structure situated at San Lorenzo is from about 1150BCE. Trade between these civilizations was on a large scale and evidence of their advances is still being found today.

One of the earliest settlers of Northeastern Africa, with a history as far back as 2000BCE, was one of the great African empires of the ancient world. Known in antiquity as the best archers and the Egyptians called it the land of the bow.

Before the Greeks were united, they stood as divided kingdoms around the Aegean Sea. The mainland along with their neighbors of Crete and the Cyclades, formed -as we know them today- the Aegeans. Circa 2000-1200BCE was their time.

Ages Of The Vedic

The Vedic period followed the time of the Indus Valley people and flourished from around 1500-500BCE and is known as the heroic age of ancient India. This era is known for the emergence of Hinduism and the social phenomenon known as caste.

2000BCE in East Asia saw the emergence of urbanization that was highly advanced and known as the Xia dynasty, followed by the Shang and then the Zhou dynasties. Ancient China traded with the entire known world of that time, with silk being the most famous of these.

The northwestern region of South Asia was the home of the Indus Valley people from around 3300BCE to 1300BCE and had its peak at around 2600-1900BCE. Cities of baked brick houses and unbelievably advanced urban planning are the legendary characteristics of these people.

Probably the most famous of all the ancient cultures and with so many of their secrets lost to us today, we are still trying to figure out what half the stuff they made was actually used for. Massive, iconic architecture and references of amazement from many historic scholars, have made for a lot of intrigue around the pharaohs and their people.

Mesopotamian civilization was composed of the kingdoms and empires of Sumeria, Akkadia, Assyria and Babylonia. Extensive use of technological advancements, philosophical reasoning, legal codes, religion and architecture predates even the Egyptians.