We go back to almost 2 million years ago when we can trace our history back to Africa. It was way before the homo sapiens emerged on the same land. There are specific details that anthro experts aren’t still confirmed about, such as how the groups interacted and how they mated. However, thanks to certain developments in the scientific field, the experts can fill multiple voids that are not yet clarified through the research. If we look at the term Human on a macro level, it will be anyone related to the Home genus. The details we have with us don’t exactly offer the info about the first evolution, but we can go back to the oldest ones. 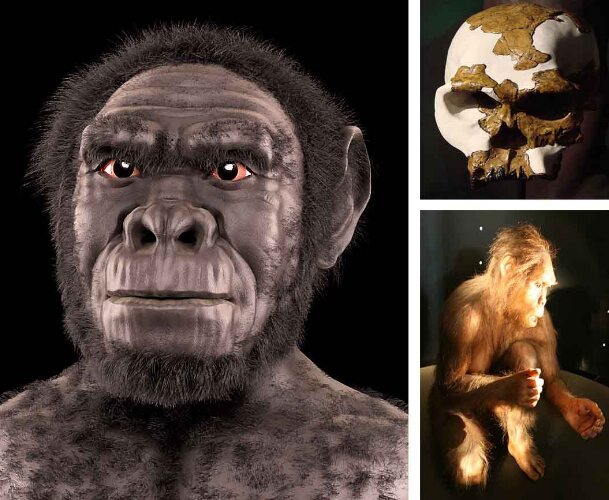 Home Habilis, the aka Handy Man, has left its traces from 2.4 to 1.4 million years ago in the eastern and southern parts of the African continent. A few other groups were also there, and the one nearest to the Handy Man is Homo rudolfensis. The traces of this tribe also suggest that they lived in the eastern part somewhere around 1.9 to 1.8 million years ago. Next up, the tribe that has lived for quite a long is Homo erectus. These are also known as Upright Man. Scientists and anthro experts have found their traces in a more significant part of the world, ranging from South Africa to China and some parts of Indonesia. The dates go back from almost 1.9 million years ago to 0.1 million years. These humans also lived with some of the tribes that were drifted apart, and experts have termed them a ‘super archaic’ group. This happened 2 million years ago, and later on, there are also traces of these groups mating with the great ancestors of Denisovans and Neanderthals.

Various groups evolved after the super archaic humans, and the list continues with neanderthals, Denisovans, and various other ones. You should know that none of these groups do exist any longer. Neanderthals have the scientific name Homo neanderthalensis, and anthropologists discovered their traces in the 19th century. However, when it comes to the most recently discovered ones, Denisovans were only founded in 2008. The group was discovered so recently that there is no scientific name yet given to them. In a very recent discovery, it is found out that these two groups often mated with one another. Along with it, there are also severe pieces of evidence of them mating with modern humans. In a very recent study, scientists have discovered that these two groups lived in Siberia around 100,000 years ago, and it is strongly supported by evidence. In the list latest discoveries, anthropologists have unearthed the DNA of a 13-year-old girl who was living in a cave. The evidence dates back to almost 90,000 years ago. Upon extensive research and DNA analysis, it is confirmed that her parents were from different groups. Her father belonged to Denisovan, and her mother was from the Neanderthal group.

Skills Of Our Ancestors

The groups that found each other in history have not just shared their genes with one other. The group living in present France around 50,000 years ago was Neanderthal, and they are the ones who invented fire. The skill could quickly have passed to the other groups of the same era. Also, the groups remained to be constantly on the move. Hence, it’s pretty tricky for experts to understand the relationship between the groups.