The world’s first-ever commercial flight took off on the 1st of January 1914. The passenger airline service operated between St. Petersburg and Tampa, making the trip, which was previously a 2-hour steamship journey, or a 4- to 12-hour trip by rail, into a 23-minute journey! Although the St. Petersburg-Tampa Airboat Line only lasted for four months it actually paved the way for the transcontinental flights we take for granted today when we book our low-cost flight tickets.
The first commercial airline flew with an Airboat aircraft, an actual “flying boat”, designed by an aviation entrepreneur from St. Louis, Thomas Benoist (pronounced ‘Ben-wah’). It all came about when a Florida sales representative for a diesel engine manufacturer for boats named Percival Elliott Fansler became intrigued by the development of a design by Benoist of an aircraft that could actually take off and land in the water. Fansler and Benoist began a correspondence, which led to Fansler eventually proposing to fly “a real commercial line from somewhere to somewhere else”, suggesting that those ‘somewheres’ be St. Petersburg to Tampa. However, in order to carry out their groundbreaking venture they were going to need some serious investment. 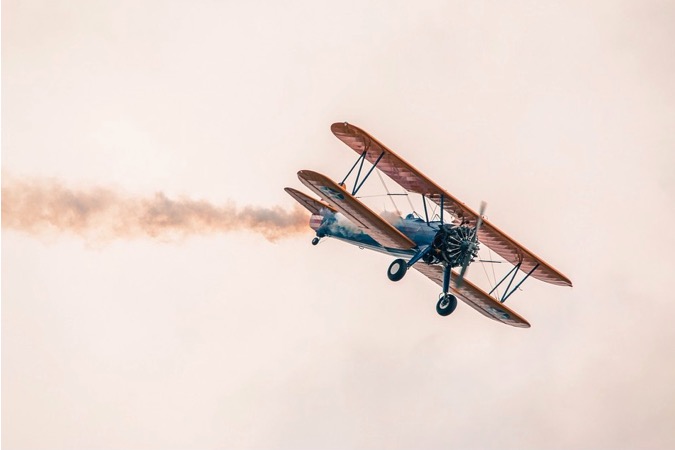 Fansler attempted to get the interest and investment they needed to get the project going from officials in Tampa but to no avail. In St. Petersburg however, he managed to get the attention of a number of investors, leading Benoist to make a trip to St. Petersburg on the 12th December 1913. To show just how serious they were about the business proposal he brought Tony Jannus, his hand-picked pilot, along with him.
Tony Jannus already had made a name for himself in aviation. His handsome appearance, along with his daring exploits, had already given him an essence of the romantic idea of a pilot. He did flying exhibitions and military plane tests flew long-distance airplanes and airboats and was even the pilot for the first tests of airborne machine guns for the US army, as well as the pilot who took Capt. Albert Berry into the sky for the first airplane parachute jump in 1912. The Tony Jannus Distinguished Aviation Society, established by the Tampa and St. Petersburg Chambers of Commerce, has written his biography where they say; “once known as a fearless daredevil and admirer of women, running from angry fathers with pointed shotguns and dating movie stars, Jannus took risks in love and war.” By the time he was 24, in 1913, he was one of the principal stockholders of the Benoist Aircraft Company.
To see the first flight off on New Years Day, 1914, about 3,000 people attended a parade from one side of St. Petersburg to the waterfront to see the first ticket sold in auction. A far cry from the click of a button to book a flight ticket today. The former mayor of St. Petersburg, then in the warehouse business, Abram C. Pheil, was the first paying customer to buy a ticket, winning a bid of $400, which is more than $8,500 in today’s money – definitely not a low-cost flight ticket!
As can be imagined it was an exciting time for everyone involved. Just before take-off, Fansler made a short speech quoted in the Tampa Bay Times, where he said, “What was impossible yesterday is an achievement today, while tomorrow heralds the unbelievable”. The plane, which was built to hold only one passenger and a pilot, had Jannus and Pheil squeezed together in the small wooden seat. The aircraft only flew about 15 meters over the water, and on that first journey, the engine misfired halfway to Tampa, where Janus touched down in the bay, made some adjustments and the two took off again, landing in Tampa safely to a cheering crowd of about 3,500 people.
Flight tickets would cost $5 per person and $5 per 100 pounds of baggage ($5 the equivalent of about $100 in today’s money), and would make two flights every day, six days a week, with tickets selling out 16 weeks in advance! Another Benoist airboat was added, with flights to Sarasota, Bradenton, and Manatee, and Roger Jannus, Tony’s brother, as the second pilot. With winter residents heading back north, passenger interest declined rapidly, and the airline stopped operating after just four months.