Is a trip to Egypt in 2022 on your wish list? Do you wish you could visit Egypt’s temples, tombs, and pyramids in person? The pyramids, in particular, are undoubtedly one of Egypt’s most well-known tourist attractions. 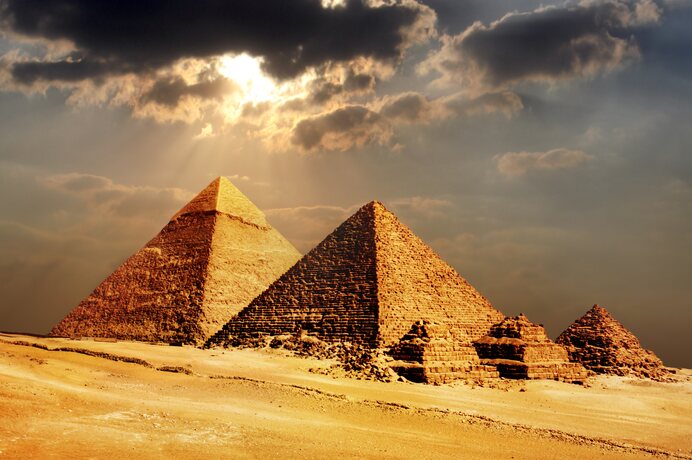 A pyramid is a geometric construction having triangular exterior surfaces that converge to a single point at the apex. In a geometric sense, it has the shape of a pyramid. It can have a triangular, quadrilateral, or polygonal base. The particular square pyramid has a square base, and four triangular exterior sides are the most frequent variant. Many civilizations worldwide, including Sudan, China, and the Roman Empire, have erected pyramids. However, the Egyptian pyramids are the most well-known, featuring some of the world’s most remarkable constructions, including the Great Pyramid of Khufu, the only one of the Seven Wonders of the Ancient World.

Egypt’s rich history is well known, and legends of its ancient civilizations have been passed down over the decades. A visit to the Egyptian pyramids would aid in discovering some of ancient Egypt’s stories, providing an unforgettable experience. Looking at the goods preserved in pyramids, ready to be utilized in the afterlife, can also teach us how the Egyptians lived. There is a lot to know about the Pharaohs who governed the land, and there is a lot to explore in its ancient kingdoms.

The Must-Visit Pyramids Of Egypt

Pyramid Of Giza
The pyramid Giza is the largest and oldest of the three pyramids in the Giza pyramid complex, and it is the only remaining ancient Egyptian pyramid.

Pyramid Of Khafre
The Pyramid of Khafre was erected by Khufu’s second son Khafre and is the second-largest pyramid at Giza. Khafre, who lived during the Old Kingdom’s ‘golden age, is known for many notable accomplishments.

Pyramid Of Unas
The Pyramid of Unas was built for Pharaoh Unas in the 24th century on the Saqqara Plateau. This is an essential pyramid since it was the first of the Pyramids to have hymns engraved into its walls. In the 19th century, this pyramid was unearthed, and a mummy was discovered among the ruins.

Pyramid Of Ahmose
The Pyramid of Ahmose was not built as a tomb but as a cenotaph for pharaoh Ahmose I. Even though it was the only royal pyramid built in this area, it is now just a pile of debris. However, while the pyramid was built from rubble and sand, the traditional limestone casing kept the structure in form, making it a must-see.

The Pyramid Of Djoser
Imhotep built the first pyramid in Egypt, the Pyramid of Djoser, in the 27th century, for the burial of Pharaoh Djoser. The entire pyramid is made of limestone, with 13 faux doors but just one entrance on the complex’s southeast side. 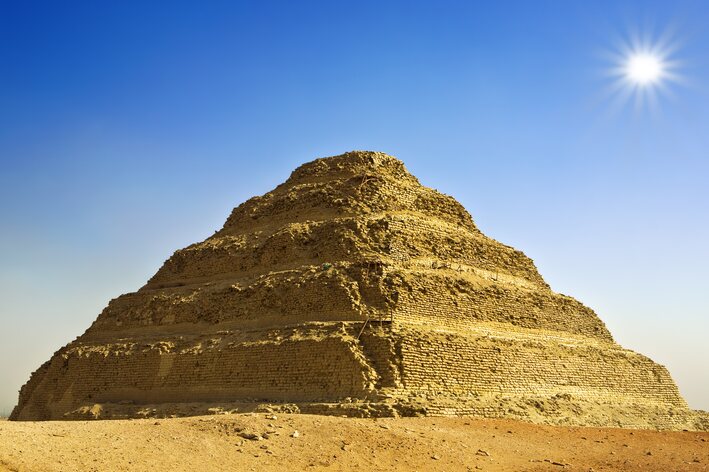 The Pyramid Of Djoser

The Best Time To Visit

Most visitors choose to visit during the winter season, which runs from late November to February, because the weather is calm and pleasant, making travel much more enjoyable. Summer in Egypt can be intolerable for some from May to October, and many of Egypt’s wealthiest will retire to their summer residences along the coast. Except for Easter, the rest of March, April, and early May can be excellent periods to visit due to fewer crowds and pleasant springtime weather.